skip to main | skip to sidebar

Constantines & Feist - Islands In The Stream 7" 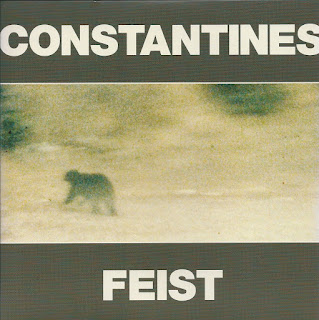 Weird times, huh? Kenny Rogers dead. And some other stuff going down, but here's not the place for all that. Suffice to say that if you're not allowed out of your house for the next six months I will try to keep you entertained, two tracks at a time.

In honour of Kenny, here's a break from the normal 90s stuff, and a quick jump to 2008. Not available other than on this 7" (I don't think), which my wife bought me as a present, this is a great cover of one of my favourite songs, by one of my favourite bands of the time.

Hope you like it. Apologies for the amount of crackle, but maybe it's a brown vinyl thing.

1. Islands In The Stream
2. Trans Canada 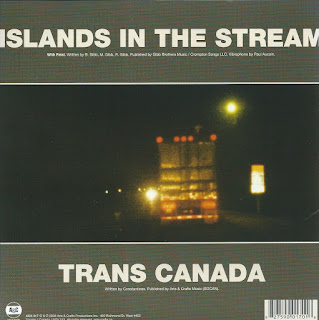 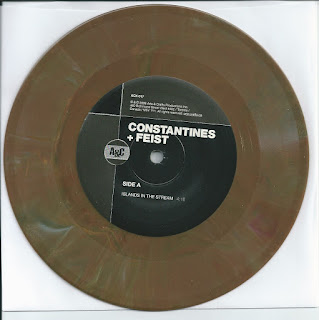 Posted by dbfreedom at 21:26 No comments: 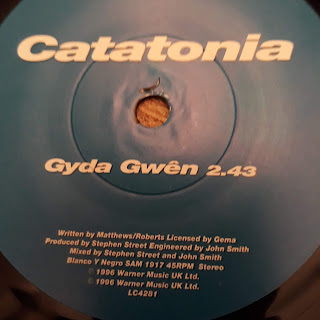 So, there I was, looking through my LPs, and realised I hadn't listened to Way Beyond Blue in ages. So I did, and had forgotten how much I liked it. Also, I had forgotten that my copy has a very limited 7" with it, with this track on one side, and nowt on the other.

It's all in Welsh, and it's really good. I'm sure it's available in other places, but I was excited to find it, so here it is. The "e" of Gwen has an accent on it, but I don't know where this is on the keyboard.

Cerys before 6music is here.
Posted by dbfreedom at 16:29 1 comment: 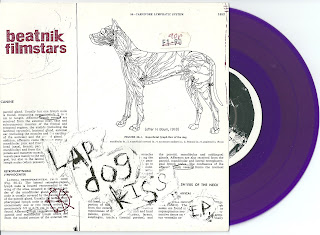 This EP starts tuneful, then gets noisier and less tuneful, and then takes a turn from there. And then another turn. But in a good way. You'll see.

Somewhere I think I have one of their singles wrapped in wallpaper, and if I can find it I will give it a spin and it might end up here. 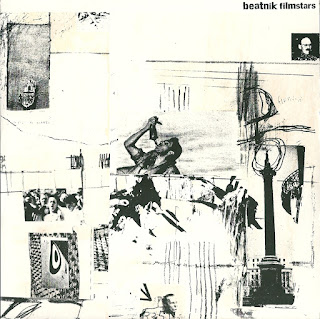 One of Bristol's unsung heroes of the 90s, this band. In the era of Massive Attack, Portishead and all that (which I also loved), and the Planet Records crowd with Flying Saucer Attack, Crescent and so on, there was also Beatnik Filmstars. They are loud, abrasive, and on many occasions so poorly recorded they are virtually unlistenable. I have one CD by them which I think must be the lousiest production I have ever heard anywhere, and among some of my collection that is quite a claim.

However, this 7" is not poorly produced, it's awesome. The a-side is killer, one b-side starts with the singer having a go at the drummer (and then ends with what sounds like the drummer fighting back), and it's all well worth listening to. Clarinet. I have a feeling they managed to get themselves signed to Merge records at some point, which is surely enough of a recommendation to check them out.

In Bristol with a pistol.
Posted by dbfreedom at 19:46 2 comments: 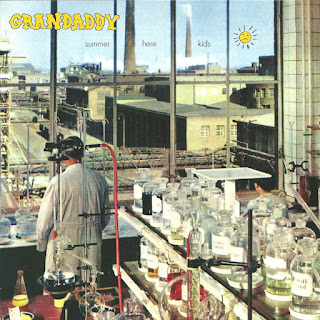 This is just one of those songs for me, the first time I heard it I just thought it was amazing, and all this time later I feel exactly the same. Grandaddy have a lot of great tunes, particularly off that one LP (you know the one), and the main guy had that good solo record too.

Man, my brain is tired.

Hope you like the two extra tunes too, the first is a noisy kind of thing, which I very much enjoy, and the second a quiet kind of thing which is very lovely.

There is, somewhere, a Grandaddy song which Stuart Maconie played on the radio about 15 years ago and I heard once, which was amazing. It wasn't on an album, and it was before it was easy to find out what had just been on the radio, so it was lost to me forever. Any suggestions very welcome. 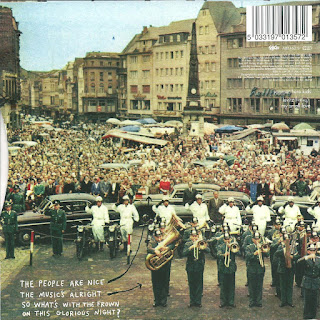 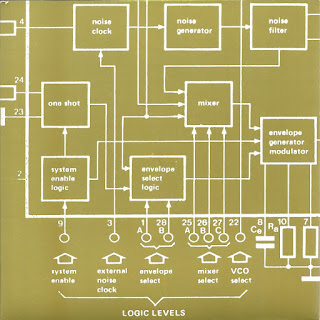 So here's something nice. I think I picked this up from a Tortoise show in Bristol a very long time ago, and someone told me it was worth a few bob now. Well, out of sheer generosity of spirit I am making it available for you lucky people to steal for free, right here, right now.

Cool and calming tune from Tortoise, as befits the blue vinyl of the single, and the usual from Stereolab. Hope you like it. My wife hates it. 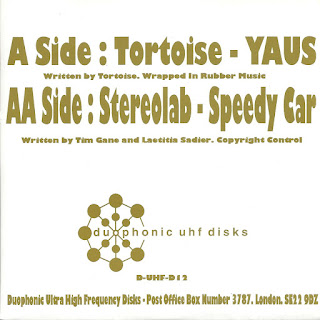 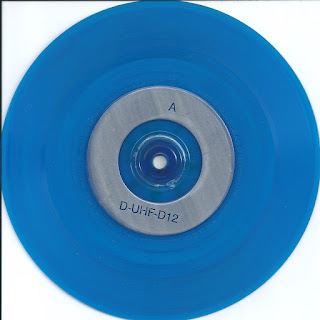 Sebadoh - Beauty Of The Ride 7" 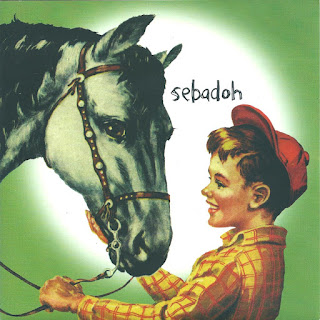 Yeah, almost two years. You wanna make something of it?

Well look, I'm sorry. To make up for it, here is one of the best singles ever, to celebrate a new Sebadoh LP coming out in the next couple of weeks. If you don't already love this song then you are about to find out what you've been missing all this time.

I'm back. And this time I'm wearing a cap. 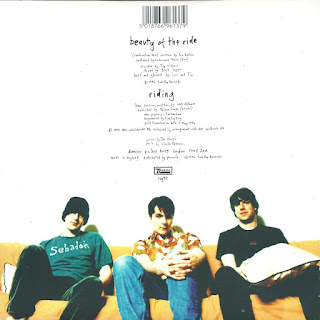 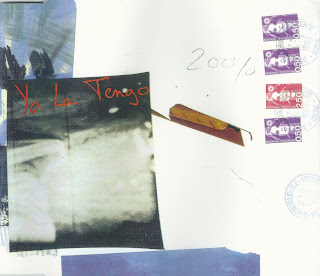 Unusually for me, a respected band who are still around. As opposed to a band that only me and you, dear reader, ever liked and lasted two years tops. And then reformed last year and played two festivals and a show at The Garage in Highbury.

Anyhew, this is one of the hypnotic-style Yo La Tengo tunes, and nice on headphones. Quite rocking and repetitive, all good stuff. They're one of those bands I tend to dip in and out of, sometimes a single or an album will really grab me, and other times I can really take or leave them. This I like.

The a-side was originally off a soundtrack, so wasn't on an album, so if you're a fan you might be interested. The second track on the CD is a Richard and Linda Thompson cover, which is really good, and has lovely harmonies on the chorus. Track 3 is more acoustic (but with feedback and brass, nice), and also a good song.

1. Shaker
2. For Shame Of Doing Wrong (Slide Version)
3. What She Wants 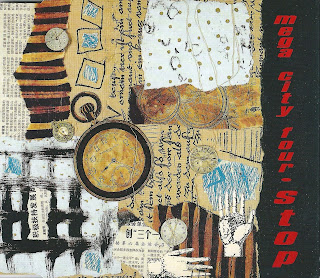 According to the sticker on the CD case this was £3.99 from HMV. Well I got it for LOADS less, so that's socking it to the man. Although the man in this case is dead, apparently, hence no Mega City Four reformation as every shit 90s band takes their turn.

The first song I ever heard by Mega City Four was "Don't Want To Know If You Are Lonely", which I never realised was by Husker Du when I first bought their "Inspiringly Titled" live LP way back in the day. I did realise it was clearly the best track on the record. Kind of figures. I was never a huge fan of Mega City Four, but this is something of interest from the time. One of the best of their own songs, and b-sides which are worth a listen, certainly if you're a fan. 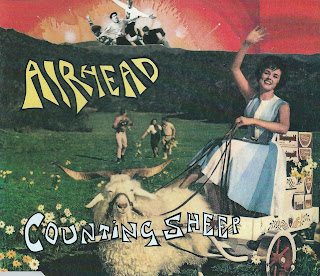 I put it to you that there are fewer bands more indie than Airhead. They had the one reasonably big hit, which isn't this, but I've always had a soft spot for them, as their brief poke up into the limelight coincided with some happy times for me.

This track is pretty good, if not quite up to 'Funny How', and track 2 is very much the Airhead formula, if a little more laid back. Number 3 is good, I can see how it maybe didn't quite fit in with their album, but I like it.

Never much of a fan of the added "demo version" on CD singles, but when it's track 4 of 4 I guess it's excusable. If you're a massive Airhead fan, this might be the tune which completes your life.

Older Posts Home
Subscribe to: Posts (Atom)
Back when we were fighting the Indie wars... when men looked like girls, and girls looked like Justine from Elastica... when jangle was the new everything... when buying singles meant something... when storing singles didn't strain relationships...

I hope your memories are as happily stirred as mine.

If you have any comments or requests or anything, please stick them in the comments under the most recent post. I did have a chat box, but it ended up being filled with nonsense.